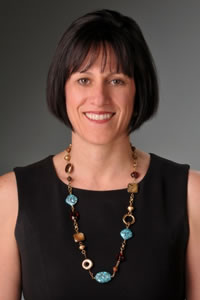 Included in the 28th edition of The Best Lawyers in America for her work in Land Use & Zoning Law in Arizona.

Ms. Silvyn has been practicing zoning and land use law in Southern Arizona for almost 20 years. Her practice emphasizes sustainable development and appropriate and responsible growth. Her work focuses on advising private developers and local governments on application of zoning codes, compliance with state statutes, compliance with current land use case law, and effective public/private partnerships.

Greater Tucson Leadership Selected Keri as the Tucson Woman of the Year for 2013. Keri has been listed annually as one of America’s Leading Business Lawyers in the category of Real Estate: Zoning/Land Use since the 2012 edition of Chambers USA by Chambers and Partners Publishers. Keri has been recognized annually since 2008 as a Best Lawyer in America.  In 2017, Keri was recognized as Tucson’s 2017 Lawyer of the Year in the area of Land Use and Zoning Law.  Most recently, Keri was appointed by the City of Tucson Mayor and Council to serve on the Planning and Development Services (PDS) Advisory Committee that worked to establish priorities for the newly organized PDS and assisted with the selection criteria for the new PDS Director.  She was also appointed by the City Manager to the selection committee for the new PDS Director.