Western Devcorp, acquired an approximate ten-acre property in the mid ‘80’s at the NWC of Camelback Road and 24th Street in Phoenix.  At the time the property was operating as a 1950’s era hotel (Arizona Manor) with 150 rooms, restaurant and a popular bar cleverly named “The Clown’s Den”.

The intent was to terminate the hotel operation and plan and develop a class “A” office complex.  At the time Western Devcorp acquired this site, City of Phoenix zoning allowed hotel, retail and office uses with a maximum height of 48’. At about the same time, other development companies acquired the 20 acres at the SEC and 10 acres near the SWC of the same intersection.  Those properties were to be developed to Class “A” office as well and were under the same zoning restrictions.

Because of the potential of re-zoning of three large tracts of land in this area and the potential development of more than 3 million square feet, these zoning cases were contested by neighbors and other anti-development groups active at that time. Public hearings took place over a period of more than 2 years. Mr. Lazarus was very instrumental in the success in dealing with and satisfying the adjoining neighborhood and the eventual successful re-zoning of the site to allow the development of the project, Biltmore Financial Center. 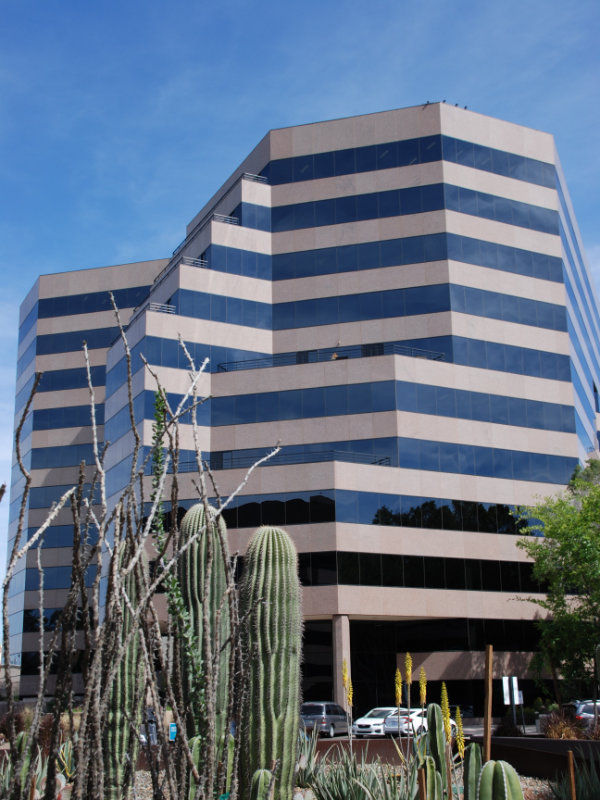